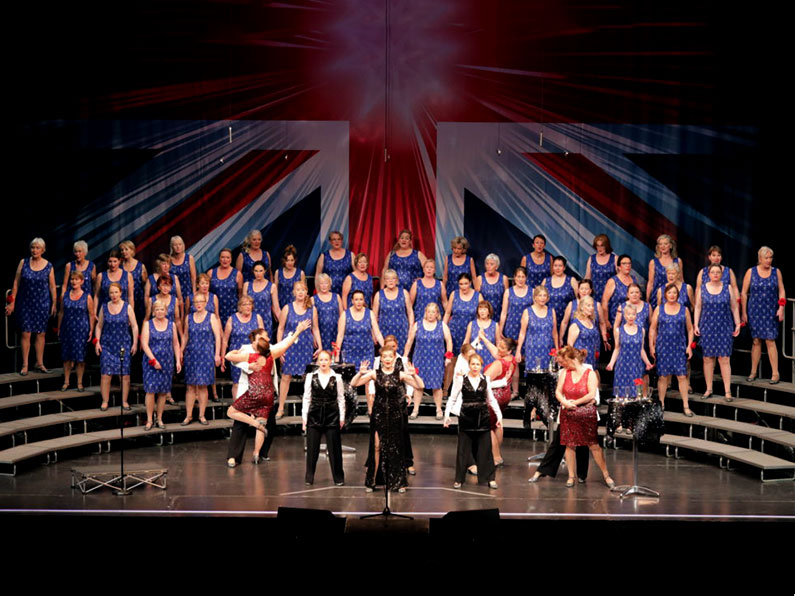 The majority of our members travelled to the LABBS Convention in Harrogate by coach early on Friday morning, and we enjoyed supporting the quartet competition on arrival, with special mention to go to ‘Avalon’ who performed so well in the semi-finals and made it through to the finals.

The draw put us first up to sing in the competition on Saturday, which meant a very early start for us to get warmed up and prepared for our 11 am performance on stage. This early start did mean that a lot of us had retired early to bed, even before the announcement of the quartet competition results. Many, however, did watch the live stream from our beds and it was worth it to hear that Avalon won GOLD, we were so proud and excited for them – Congratulations Avalon!

Saturday came and went in a flash. Those six minutes on stage go so fast, but we were delighted that so many were able to support us in the audience. Again we brought two new bespoke arrangements to stage, thank you to Dr Liz Garnett for another fantastic job with two songs that we all loved performing. We left the stage with a great feeling and so many lovely comments from the public who had seen us. We are so pleased to be still ranked 5th in the country – it really is a testament to our hard work to stay there amongst the other best choruses in the land.

We really did have a blast!

A top ten chorus again this year with a 5th place and an improved score of 75.3%