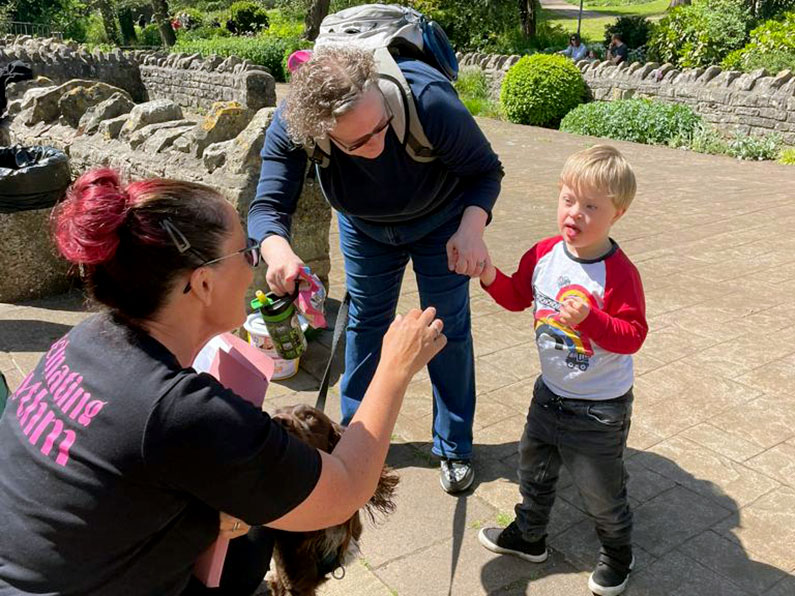 Fascinating Rhythm were delighted to perform at the Keynsham Memorial Park Bandstand on Saturday, 7 May 2022, to raise funds for their charity of the year, Ups and Downs South West.

This was Fascinating Rhythm’s first public sing-out since the beginning of the covid-19 pandemic. The sun shone brightly as they sang to an appreciative audience, some of whom had come from overseas to watch and others who had the unexpected pleasure of listening to the choir whilst out for a morning stroll.

Fascinating Rhythm sang a range of favourite songs from their repertoire, including: the Doobie Brothers hit ‘Listen To The Music’, ‘We Go Together’ from the musical Grease, the Nina Simone jazz classic ‘Feeling Good’, ‘Anthem’ from the musical Chess, Billy Joel’s ‘And So It Goes’, the love song ‘Can’t Take My Eyes Off Of You’ made famous by Frankie Valli, and ‘Happy Together’ by the Turtles, a bass-led version of Leonard Cohen’s ‘Hallelujah’.

Fascinating Rhythm’s performance of ‘Pie Jesu’ by Andrew Lloyd Webber was filmed for the Keynsham Jubilee Project and will be screened on 4 June 2022 at Keynsham Baptist Church as part of the Keynsham Picnic in the Park celebration. The film will also be available to watch online after the event.

Fascinating Rhythm were delighted to perform the David Guetta anthem ‘Titanium’ in public for the first time. They also gave a heartfelt rendition of ‘This Is Me’ from the musical The Greatest Showman, which they had previously recorded with Ups and Downs for World Down Syndrome Awareness Day in 2019.

Lottie, one of the Team Leaders for Ups and Downs Bristol, kindly gave up her Saturday morning to collect donations for the charity and promote its work to support families, professionals and all those involved in the care and education of children and young people with Down Syndrome. Thanks to the generosity of those who visited Keynsham Memorial Park, a total of £113 was raised for Ups and Downs Southwest.

“Saturday was an exciting day for Fascinating Rhythm – the first time since the pandemic started that we were able to sing to an audience! It was doubly exciting that we were able to collect donations for our chosen charity of the year. Ups and Downs Southwest relies on donations, and I’m so proud that Fascinating Rhythm is able to help keep this fantastic charity operational.”

Fascinating Rhythm’s Treasurer Joan, who is also a Trustee for Ups and Downs Southwest.

A few days prior to the sing-out, Fascinating Rhythm had welcomed another representative from Ups and Downs Southwest to their weekly chorus rehearsal night. Michelle, who runs public relations and fundraising for the charity, visited the choir to talk about the range and diversity of work carried out by Ups and Downs Southwest and shared an emotional testimonial from one of the families that the charity has supported. 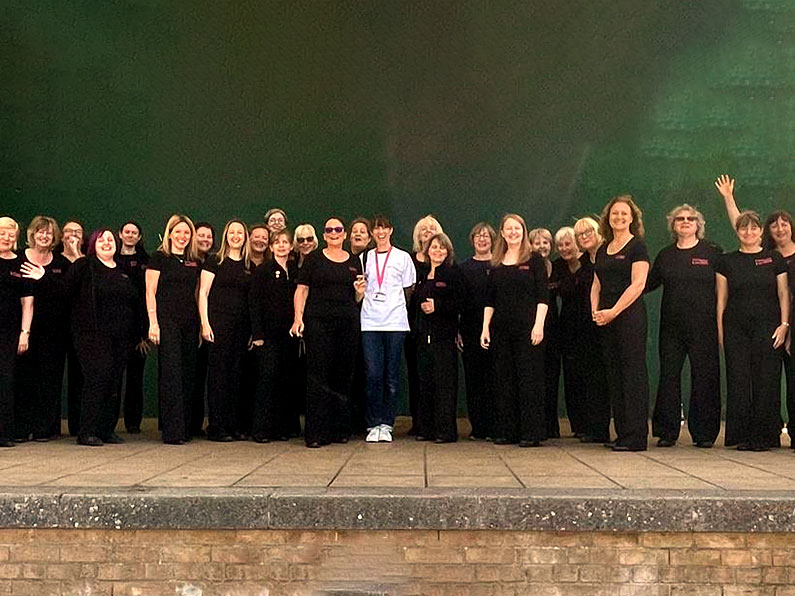 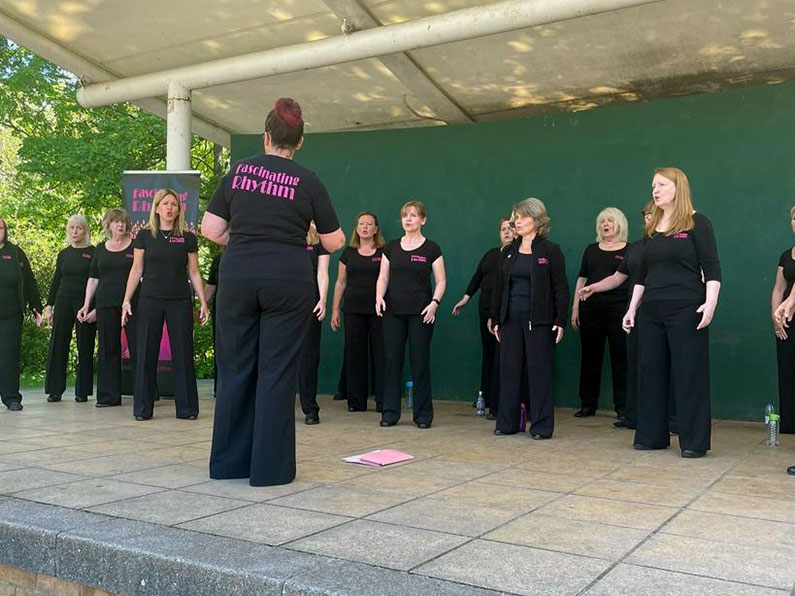 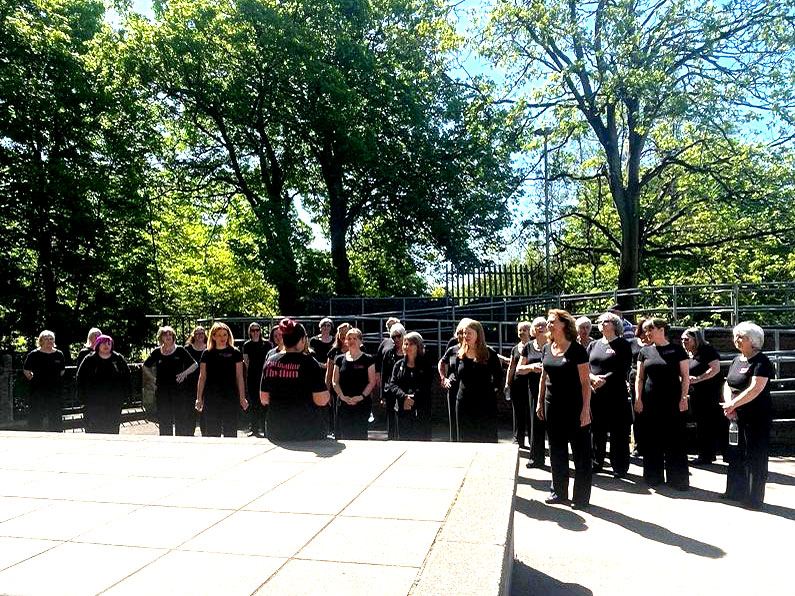