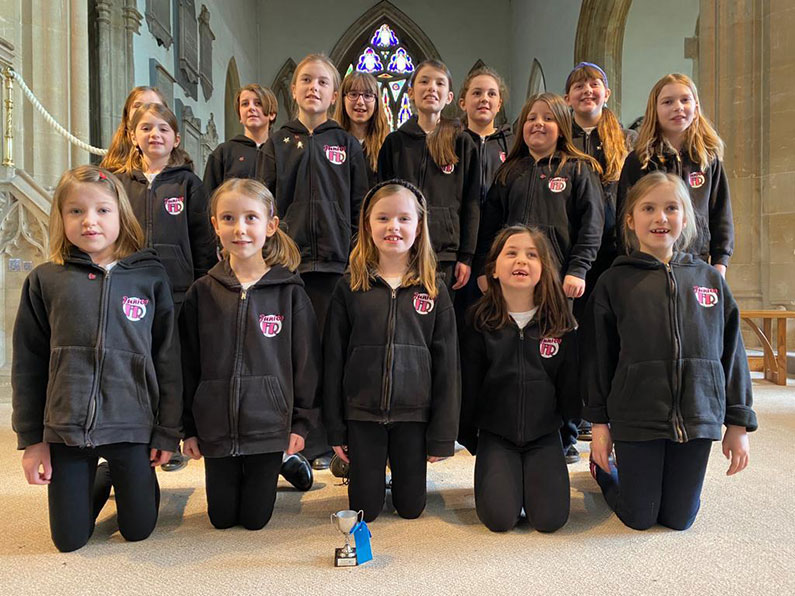 Junior Fascinating Rhythm (Junior FR) has had an amazing start to 2022, with several successes at music festivals and sing-outs in the South Gloucestershire area. These fantastic young singers are talented vocalists, and their ‘big sister’ chorus, Fascinating Rhythm, is hugely proud of them.

In March, the girls competed in the Thornbury Eisteddfod as part of the Thornbury Arts Festival 2022, picking up several trophies and a bursary and singing in the finale Presentation Concert.

The senior girls (aged 11-16 years) received a Distinction for their performance of ‘Lullabye’ by Billy Joel and the Electric Light Orchestra’s ‘Mr Blue Sky’. In recognition of their musicality, the adjudicator presented them with two trophies: Best Performing Choir in their class (Choirs 18 and Under) and Best Choir Overall In Competition.

The junior girls (aged 7-10 years) were Commended for their performance of ‘Hakuna Matata’ from Disney’s The Lion King and ‘Janie Mama’, a Jamaican children’s song, and were awarded a trophy for being the Best Performing Choir in their class (Choirs 11 and Under).

During the Presentation Concert, Junior FR was presented with the Robert Hall Bursary of £100 in recognition of their outstanding performance, and Kate Phillipson-Masters, Chair of the Eisteddfod Committee, said, “It was so good to have the Junior FR girls perform at the concert. They really are a most impressive group.”

In May, Junior FR had a fabulous day entertaining audiences at the Iron Acton May Day celebrations with a selection of favourite numbers from their repertoire and several girls performing solo and duet pieces across a range of genres.

“It’s been three years since we last performed at Iron Acton May Day, due to covid, so we were very excited to be back at the event again. Plus, I had the privilege of singing a duet with one of the girls and realised my lifelong dream of performing on the side of a truck!”

On a soggy Sunday in June, Junior FR joined the ‘more senior’ Fascinating Rhythm to entertain an intimate audience at the Yate Rocks… in the Park festival from another truck-side stage.

Junior FR unleashed their inner ‘rock chicks’ with a set that included the Guns n Roses classic ‘Sweet Child of Mine’, ‘Hold Back the River’ by James Bay, a medley of Queen songs, and ‘Skin’ by Rag n Bone Man. The girls then joined voices with the Raysfield School Choir to sing one of their favourite anthems – ABBA’s ‘Thank You for the Music’.

Fascinating Rhythm then took to the stage to sing a range of upbeat numbers from their repertoire: ‘We Go Together’ from the musical Grease, the Nina Simone classic ‘Feelin Good’, Frankie Valli’s ‘Can’t Take My Eyes Off of You’, ‘This Is Me’ from The Greatest Showman, and the David Guetta anthem ‘Titanium’.

“We were so pleased to be invited back to the Yate Rocks… event, which showcases local choirs and brings the community together. It was even more special because we could watch Junior FR perform as well. I felt very proud to direct the ‘all choirs’ song with Bristol A Capella and Yate Community Choir to conclude the event. We had not sung together before, and it was simply glorious – 60-plus voices working in perfect harmony!” 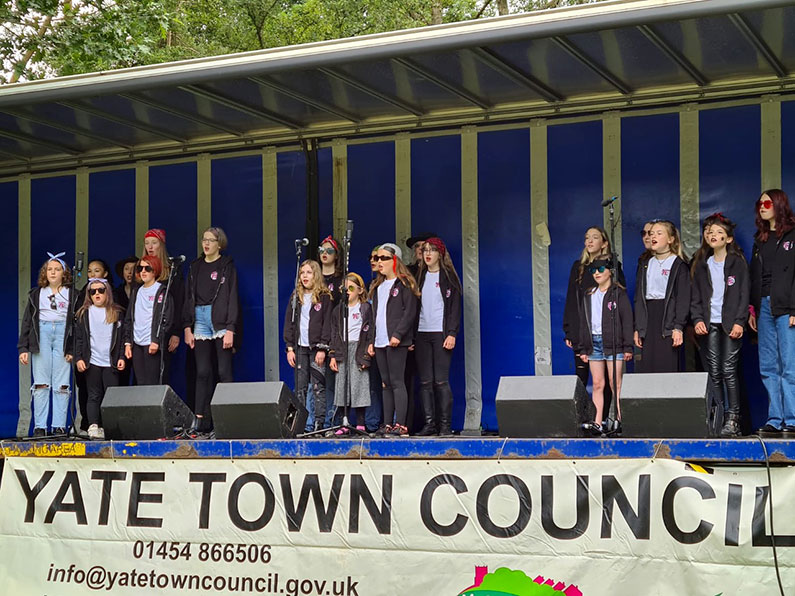 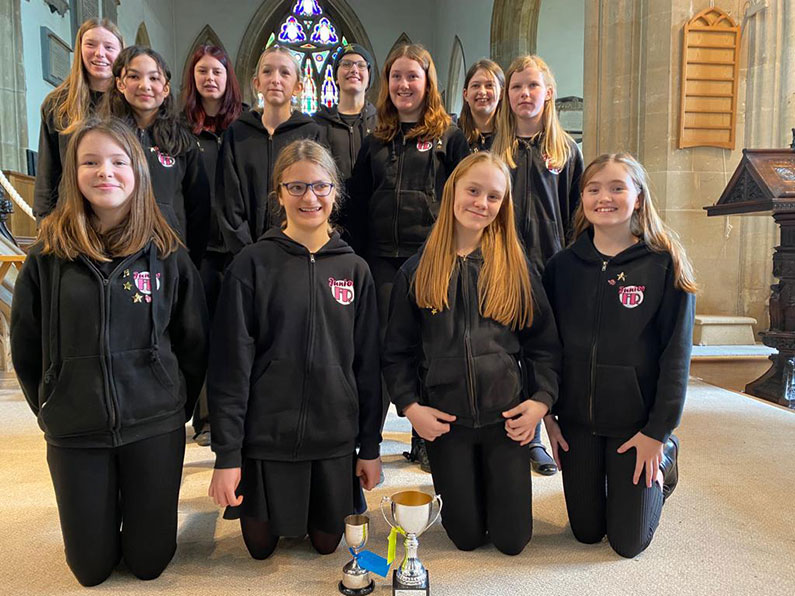