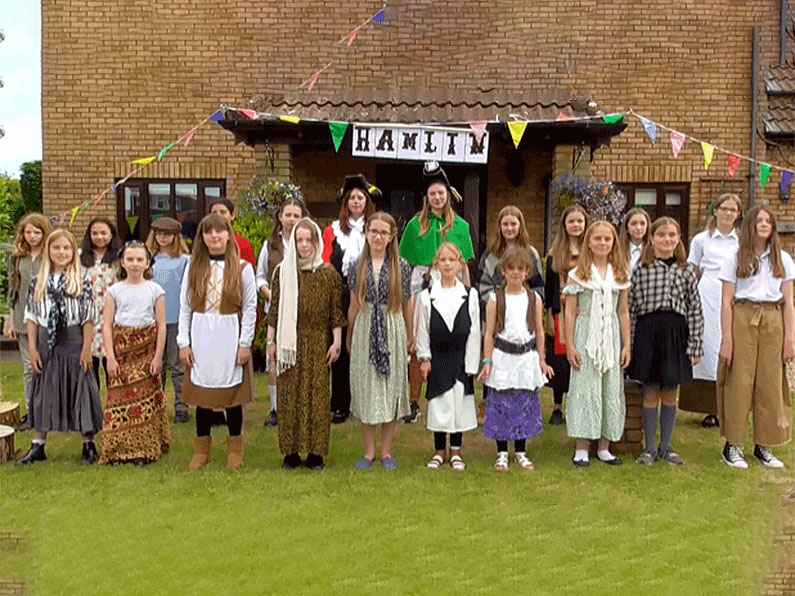 What do volunteers, rats, maypoles and talented young singers all have in common?
Junior FR, of course!

Junior FR held a very special ‘Red Carpet’ event on the 13th of May this year to launch the premiere of their musical production, The Piper. This adaptation of the Pied Piper story by Out of the Ark can be enjoyed on YouTube via the link at the bottom of the article.

Junior FR’s version of The Piper was the culmination of a year and a half’s work for the team, all undertaken under the difficult circumstances we all found ourselves in at the beginning of last year, but which gave rise to new opportunities that the girls and the staff volunteers took gladly and soon mastered!

“I honestly think Project Piper saved Junior FR from going under during the second lockdown.  We’d had six months on Facebook Live and three months in a hall in two separate groups standing 2 metres apart, and then we had to go back onto Zoom. Introducing The Piper allowed us to bring the girls together again with some acting, silly accents and learning new songs. We had a lot of fun”.

Junior FR has constantly challenged itself and has staged two previous productions with re-arranged bespoke music, full costume and make-up, and Piper was to be no exception to this.  The extra challenge this time was that in January 2021, they were forced to start teaching on Zoom! MD Wendy Howse and Chloe Roberts worked out the technology to allow break-out rooms so that the team could still teach each part separately, and the girls were absolutely fantastic in adapting to this way of learning.

Junior FR volunteer Kitty Davies had, once again, composed additional harmony lines and melodies to make the music more exciting and to match, or challenge, the capabilities of this very special group of girls. Teach tracks were also produced to help the girls practice at home.

It became clear, however, by the summer term that the pandemic was not going to allow a live performance of the show, so the team adapted once again and came up with an ambitious alternative of filming it (outdoors, of course, so Covid restrictions weren’t compromised).  Kitty took on the direction of a rigorous 5-week shooting schedule with two locations (including a maypole!), and the whole team coordinated costumes, face painting (rats, of course!) and choreography.

“The whole project was an absolute labour of love. A lot of fun and laughs were had at a time when we all needed them, and it just goes to show what can be achieved when we all work together”.

The next big challenge was sound recording, but help was found for this in the very capable hands of the outstanding Pete Nugent, who arranged a professional recording day with multiple microphones, a mixing desk and huge amounts of experience.  This busy but very exciting day resulted in two recordings of each of the 12 songs, recorded individually on each microphone, leading to well over 700 tracks that needed mixing and producing.  Kitty took on all the audio and video post-production, up-skilling first on Logic Pro and Final Cut Pro to make the absolute most of this beautiful experience.  The film was finally finished on April 22 and includes a wonderfully rich musical soundtrack, exciting visuals, and real-life (human) and animated rats!

“none of this would have been possible without the vision, drive, passion and tenacity of our ‘one and only’ Kitty Davies.”

The audience at the premiere in Iron Acton enjoyed photos on the red carpet, popcorn and fizz before watching the film on the big screen and sound system kindly provided by the Iron Acton Community Cinema.  The audience was absolutely delighted by the show and reported that it was a fantastic souvenir of a very special time.

The Junior FR team are incredibly proud of all the girls and of what has been produced and would like to thank all the parents for ferrying their children to the various locations, providing costumes and for their ongoing love and support of Junior FR.

The 40-minute show is available to view on YouTube: 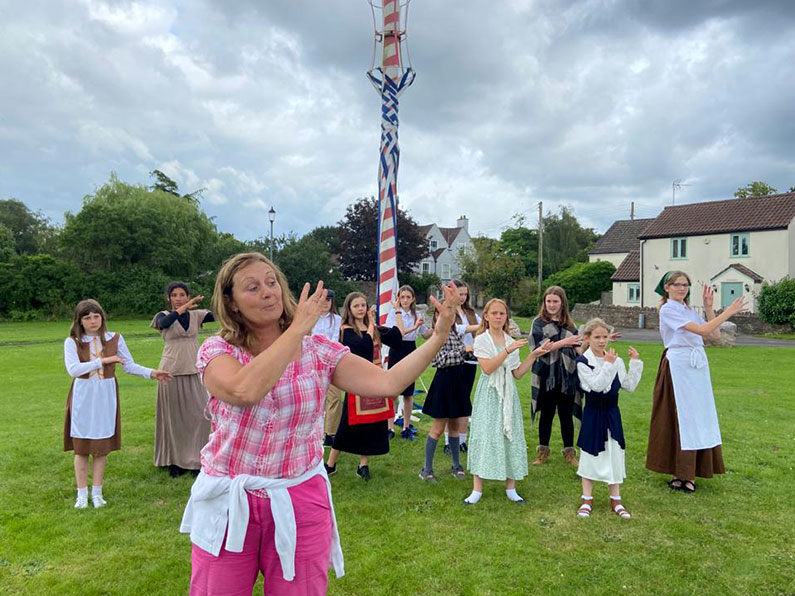 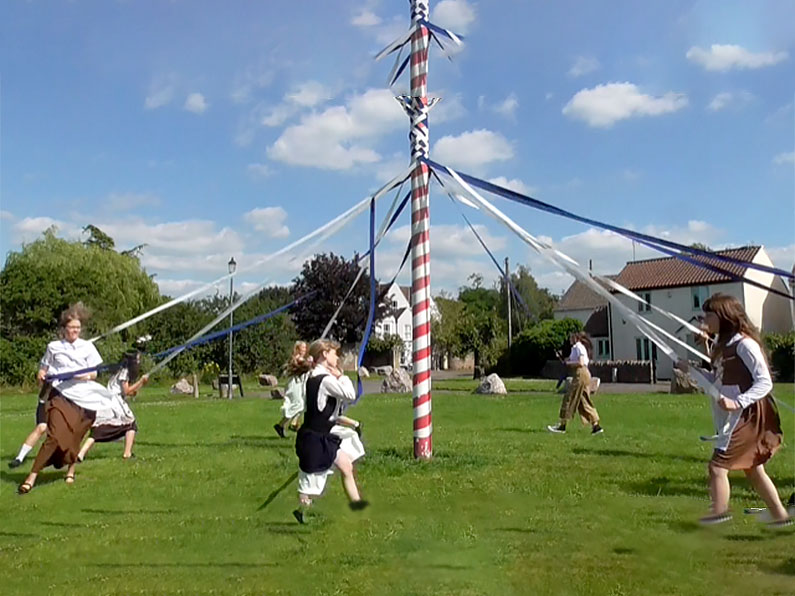 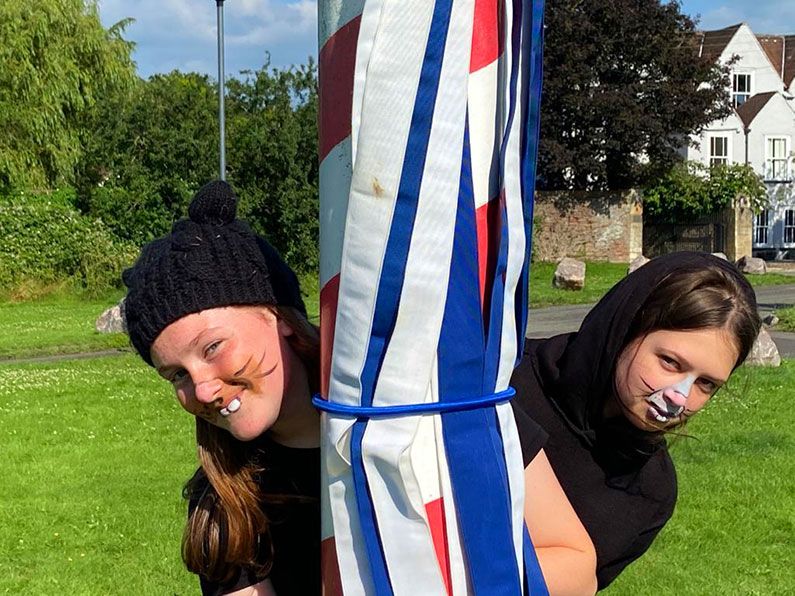 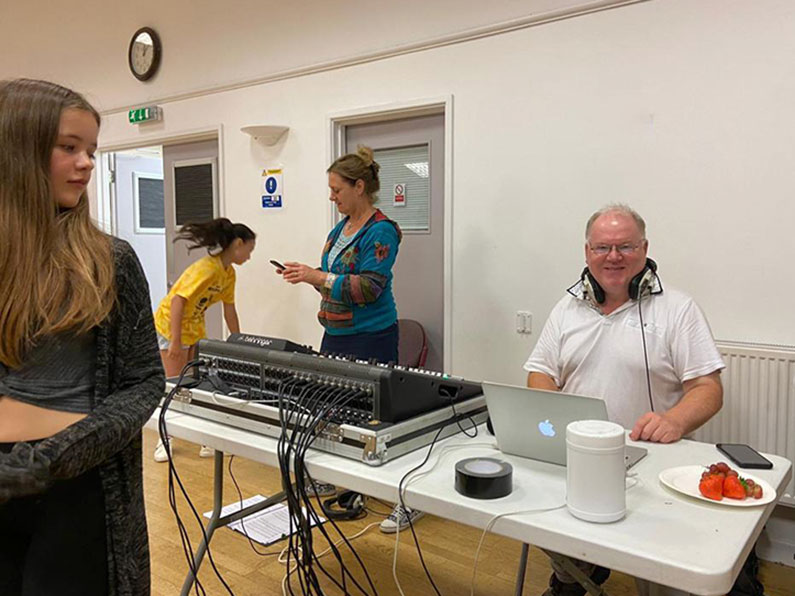