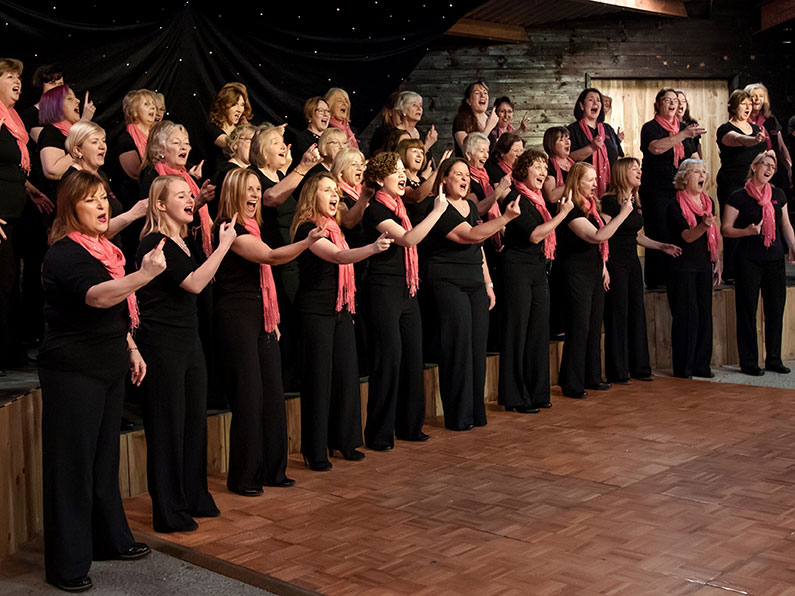 “Leave no one behind” on World Down Syndrome Awareness Day

Today sees the release of a music video with children and young people who have Down Syndrome performing an arrangement of the award-winning song “This is Me” alongside one of the UK’s leading ladies’ barbershop choruses.

This musical collaboration brings together families supported by the Down Syndrome charity, Ups and Downs Southwest https://www.upsanddowns.net/, and members of the 60-strong, South Gloucestershire based chorus, Fascinating Rhythm.

Released on World Down Syndrome Awareness Day (WDSD), the video contributes to the WDSD 2019 “leave no one behind” campaign raising awareness that people with Down Syndrome should have equal opportunities to live fulfilling lives in all aspects of society.

“This is me”, from the film The Greatest Showman, is a defiant song of self-empowerment sung by the people with unique qualities employed as so-called “human oddities” for the Barnum Circus.

The idea for the video came from Jo Thorn, Director of Ups and Downs Southwest and Musical Director of Fascinating Rhythm.

“This year at Ups and Downs, we agreed to create something for World Down Syndrome Awareness Day relevant to its campaign but with the potential for global reach too. We wanted to feature our young people sending out a very pertinent message through a song which says: although I may be different, I still make a difference and a worthwhile contribution to society. We asked my chorus Fascinating Rhythm to support us to help provide an inclusive platform for our children and young people to explore their creative side through signing as well as song.”

Members of Fascinating Rhythm and the young people with Down Syndrome had to learn the song with Makaton signs to communicate keywords, and the video was after weeks of preparation finally recorded.

“It has been a huge privilege for us being invited to participate in this project. I personally have learned so much more about Down Syndrome, and it was a surprise to me to discover Makaton being used as a language to support speech development. And we had such fun working with the Ups and Downs families on the day our performance was being filmed.”

Marie, the mother of 12-year-old Poppy who has Down Syndrome, said

“It was such a joy for me to see Poppy involved in this project. It allowed her to get involved in new and enriching experiences, but in a nurturing environment too with the lovely ladies of Fascinating Rhythm being so understanding and supportive. She was enthralled by the equipment used by the professional film production team and also thrilled at performing with such an amazing chorus.”

The project has been generously supported with grants from Sedgemoor District Council and Bridgwater Town Council, and in-kind contributions from music recording company “nooj Productions” and venue hire from Sydenham Barn. 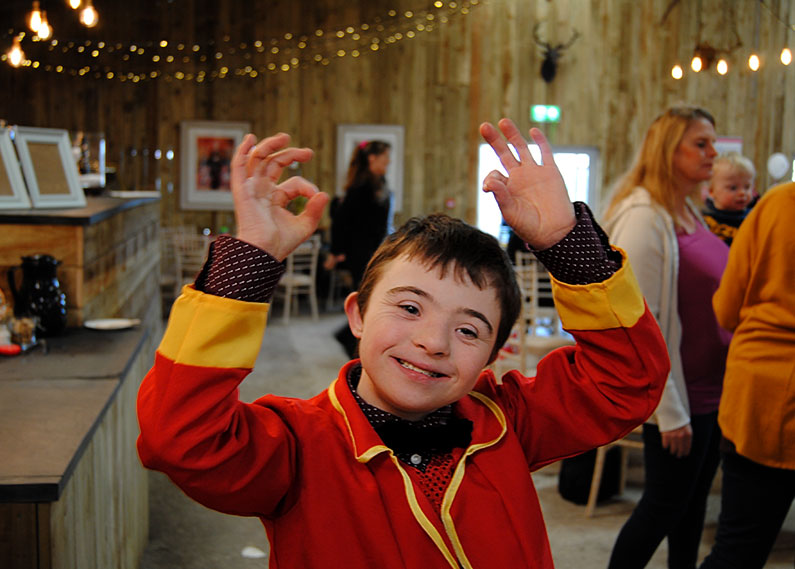 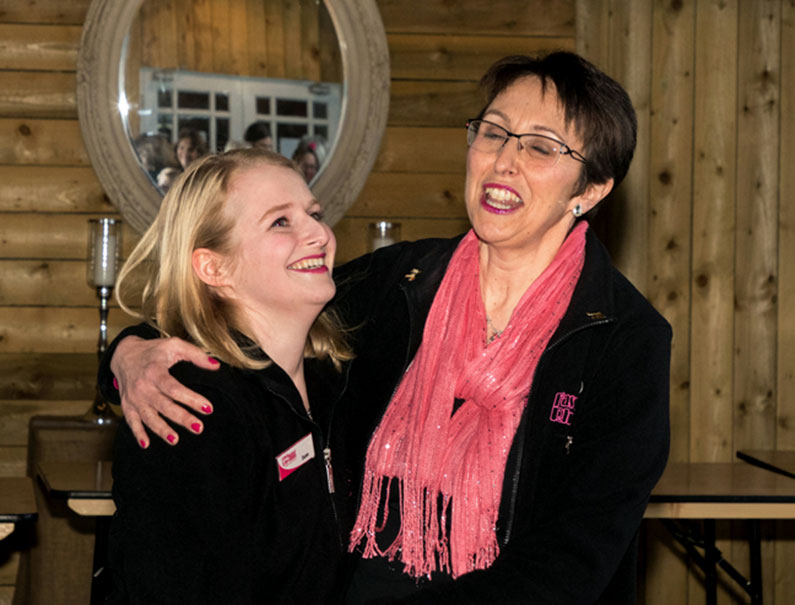 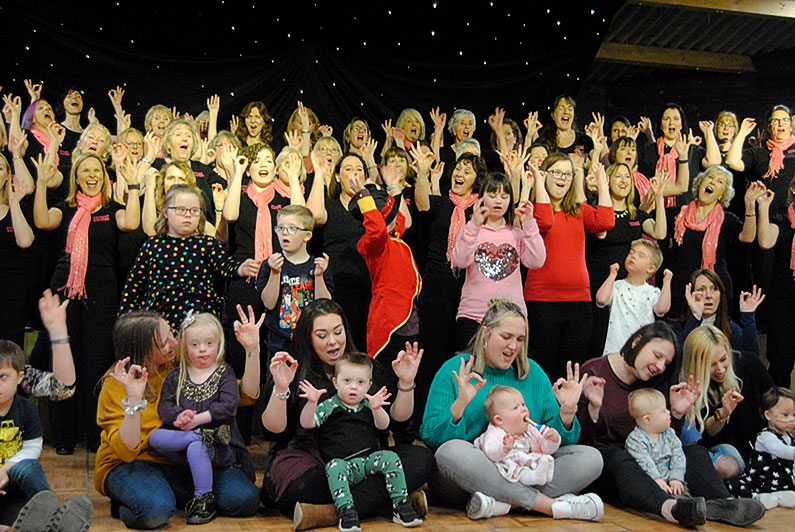 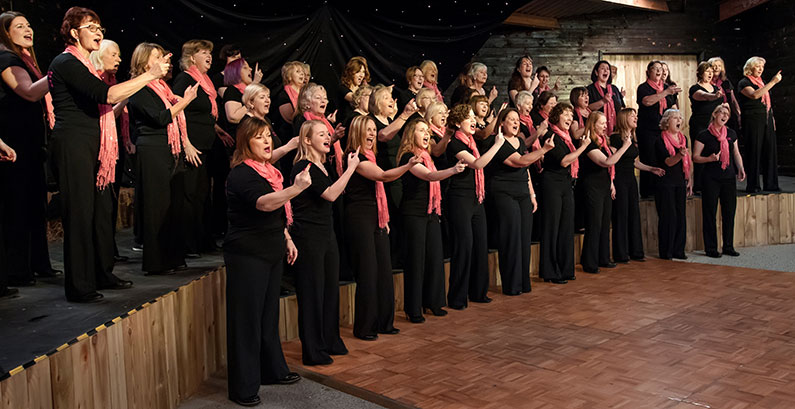 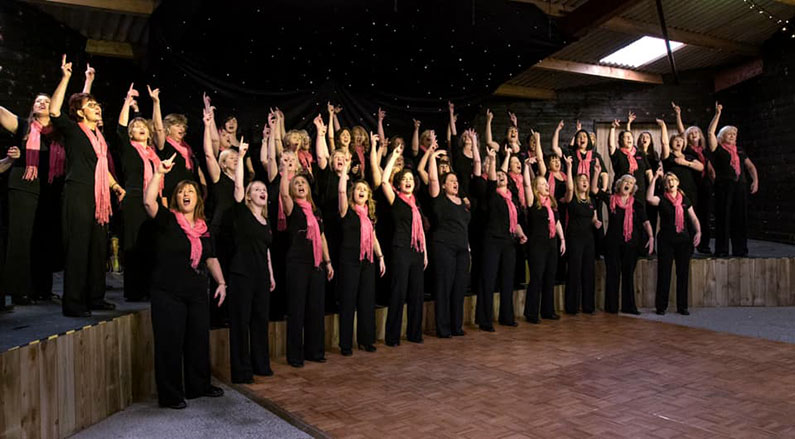